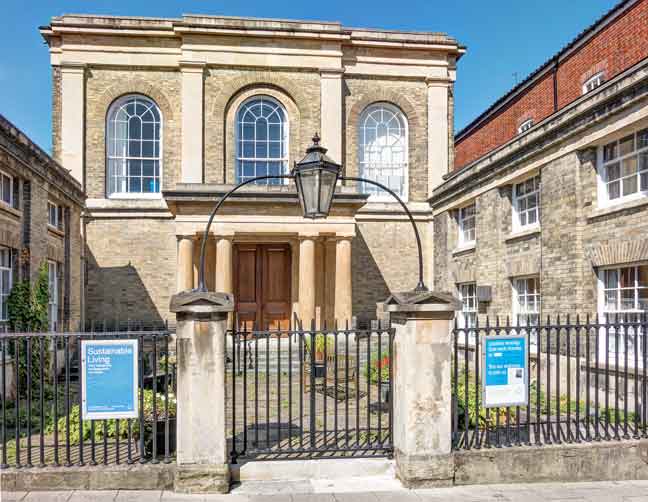 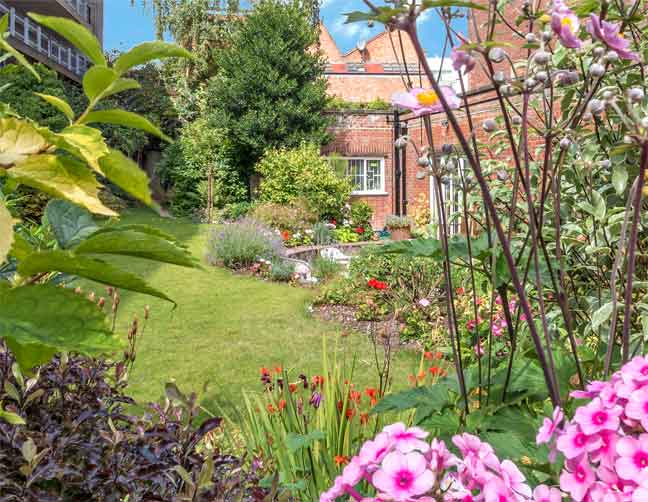 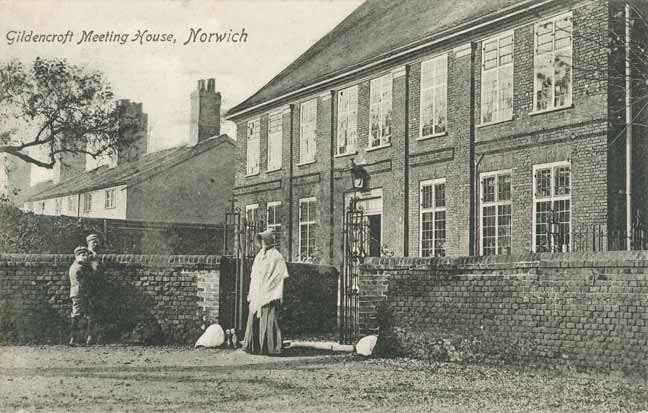 The years of the mid- to late-seventeenth century were a particularly turbulent time for those whose religious convictions challenged the official rites of worship set out in the Book of Common Prayer. In the north of England a number of dissenting, non-conformist individuals and religious groups seeking a much simpler form of worship, with none of the established ritual, liturgy and structure of the Church of England, came together under the guidance of the dissenting preacher, George Fox, to form the Religious Society of Friends, or Quakers *¹. Committed to equality for all, they believed that there is something of God in everyone, an ‘Inner Light’ which can be experienced without need for priests or churches.

Despite much opposition and persecution by the authorities – politics and religion were then still inextricably linked – the movement gradually expanded to spread across the rest of the country and beyond *². Members would meet to worship in silent meditation whenever and wherever they could, often in secret. They arrived in Norwich in the 1650s and for the next two decades would meet in the private houses of members or even in large open spaces, such as Mousehold Heath, to avoid detection by the authorities. By 1676 they had raised sufficient funds to purchase a plot of land off what is now Upper Goat Lane, close to its junction with Pottergate, in order to build themselves a Meeting House. This opened in 1679, but it was to be another ten years before the Act of Toleration granted non-conformists the right to have their own places of worship, and it is recorded that in the meantime some meetings were held in the Norwich gaol, in which a number of members had been imprisoned.

A few years previously the Friends had also purchased an acre of land to be used as a Quaker burial ground, in an area known as Gildencroft, about a mile to the north and just across the River Wensum. Today it remains as the only cemetery still in use within the bounds of the old city walls.

By the end of the seventeenth century the number of Quakers in Norwich had swelled to around five hundred, and it became clear that a second meeting house was needed. This was built on a plot of land immediately adjacent to the Gildencroft burial ground and opened in 1699. Numbers continued to grow, and in 1826 a new and larger meeting house, designed by local architect and builder, J.T. Patience, was built on the site of the original Upper Goat Lane meeting house, and it is that building which we see there today. Over the ensuing years attendance at the Gildencroft meeting house gradually declined and in the late nineteenth century it was leased to the local Baptist Congregation. Today the building no longer exists, having been lost in the Baedeker bombing raids of the nights of the 27th and 29th of April 1942. Early photographs show its architectural style to have been similar to that of the Old Meeting House in Colegate, built just a few years before it.

One of the most notable of the Quaker families in Norwich was the Gurneys, whose banking business would later amalgamate with other private banks, also mostly Quaker run, to form what is now Barclays Bank. A daughter of the Gurney family, Elizabeth (1780-1850), would have attended the Goat Lane meeting house in her younger days. In 1800 she married Joseph Fry *³, and is best remembered in her married name for her prison reforms. The much published novelist and poet, Amelia Opie, née Alderson (1769-1853), was born in Norwich and was a childhood friend of the Gurney children. In 1798 she married the portrait and history painter, John Opie. Subsequently she became a leading campaigner for the abolition of slavery. Although she had been baptised in the Octagon Chapel, she later joined the Society of Friends and was laid to rest in the Gildencroft burial ground.

*1. Although now in general use as an informal name for a member of the Religious Society of Friends, the term ‘Quaker’ was originally used as a derisory term, as members were said to ‘tremble at the word of the Lord’.

*2. The most notable of these was the founding of the colony of Pennsylvania in 1681 by William Penn, himself a Quaker and a friend of George Fox, as a place where the Friends could practise their beliefs free from fear of persecution.

*3. All three of the major English chocolate manufacturers - Frys, Cadburys and Rowntrees - can trace their history back to Quaker origins.

Above left: The Friends Meeting House, from Upper Goat Lane.

Above right: The secluded garden, to one side of the main building.

Left: The Gildencroft Meeting House, from a postcard of c.1910.