Home > Around and About > Mousehold Heath

Mousehold Heath is an area of natural beauty comprising some 184 acres of mostly broad-leafed woodland and heath and is unique in being located such a short distance from a city centre – the leafy glade, pictured above, is only one mile as the crow flies from Norwich Cathedral. Much loved by the local population, the heath is a haven of peace and tranquility, bounded to the north-east by the city's ring road and to the south-west by St James' Hill, which affords fine views across the city centre and beyond.

In Tudor times Mousehold Heath was much different in area to that of the heath of today. It extended six miles eastward from its present boundary, almost to South Walsham, with a perimeter of some twenty-two miles, and was common land on which the inhabitants of the adjacent villages could graze their animals and grow their crops, free from interference from the lords of the manors.

William Faden's Map of Norfolk, published in 1797, shows that by the last decade of the eighteenth century the area of the heath still extended almost to the village of Woodbastwick, but within a few years that was all to change. The Inclosure Act of 1773, entitled An Act for the better Cultivation, Improvement, and Regulation of the Common Arable Fields, Wastes, and Commons of Pasture in this Kingdom, had created a law which allowed landowners to petition parliament for the right to divide up and enclose the commons and waste land within their parishes and put them to what they saw as better use. The first of the parishes surrounding the heath to be granted these rights was Rackheath, whose lord of the manor was one Edward Stracey of Rackheath House, the already extensive grounds of which were immediately adjacent to the heath. In 1799 an Act ...for Dividing, Allotting, and Inclosing the Commons and Waste Grounds within the Parish of Rackheath, in the County of Norfolk, was the forerunner of several as other parishes rapidly followed suit.

In 1866 the Dean and Chapter of Norwich Cathedral, the then owners of the 184 acres corresponding to the present Heath, entered into negotiations with the city Corporation to convey that land to the city to be held on behalf of the citizens of Norwich ‘for the advantage of lawful recreation’. The transfer was officially recorded in the Mousehold Heath Confirmation Act of 1884, and in the same year an independent governing body for the Heath, the Mousehold Heath Conservators, was formed. Subsequently a new road was opened across the Heath, together with a playing field, a bandstand and a tea pavilion.

Back then the topography of Mousehold had already been changed by the indiscriminate quarrying of sand, gravel and clay in the early nineteenth century, but the general landscape of the heath and the surrounding area remained very different to that of today. Beyond the heath were open fields with the occasional dwellings and farm buildings here and there. The heath itself was mostly classic heathland which had been kept low by the constant grazing of animals and by the locals collecting feed and bedding for their livestock and fuel for heating. After those activities ceased the heath was gradually overtaken by the woodland and scrub which covers most of it today, while beyond it the open fields were reclaimed for the developments of housing, light industry and retail parks which have encroached right to its very boundaries.

Today the bandstand hosts occasional performances during the summer, football matches are played on the adjacent pitch, and the pavilion is now home to Zaks Mousehold Diner. An 18-hole pitch and putt course has been opened close by and the Heath is much favoured by walkers, many with their dogs.

Footnote: In a letter dated August 1792 and addressed to the Society of United Friars, a philanthropic society with some of the city's leading citizens as members, the correspondent, one John Wagstaffe of Coslany Street, Norwich, advocated that the enclosure of the heath should be of benefit not only to the wealthy landowners but also to the poorer inhabitants of the villages and to their future generations. He concluded his letter thus – ‘… finally parts of the present Wold might be converted into the most pleasurable grounds in the vicinity of Norwich’. Were he to visit the Mousehold of today he would surely be pleased by what he would find. 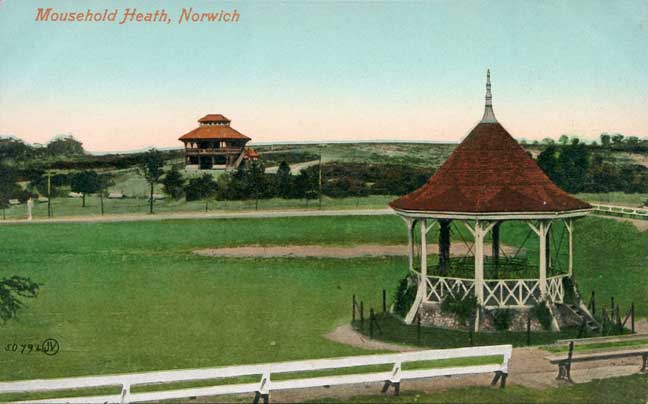 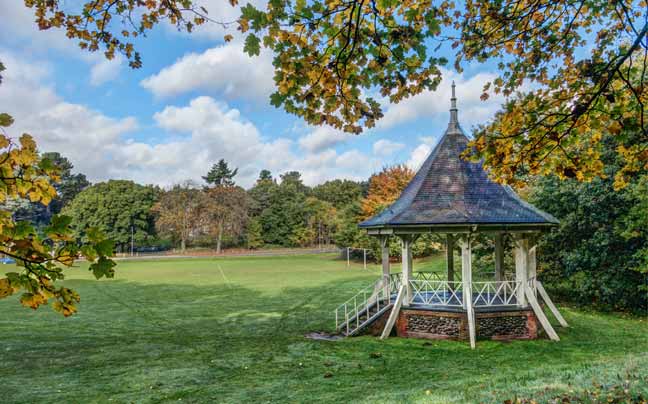 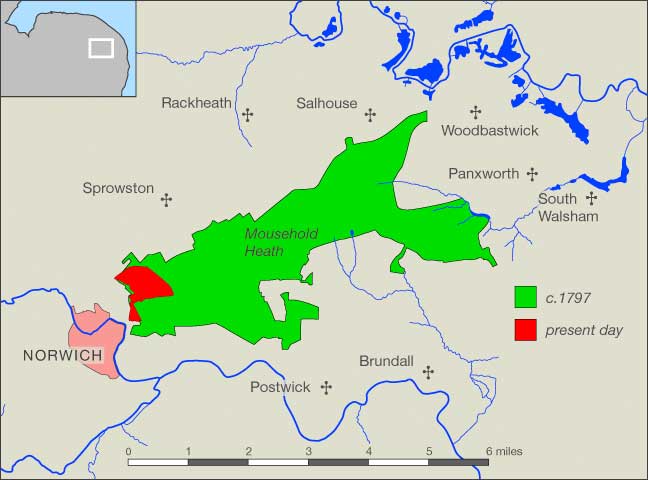 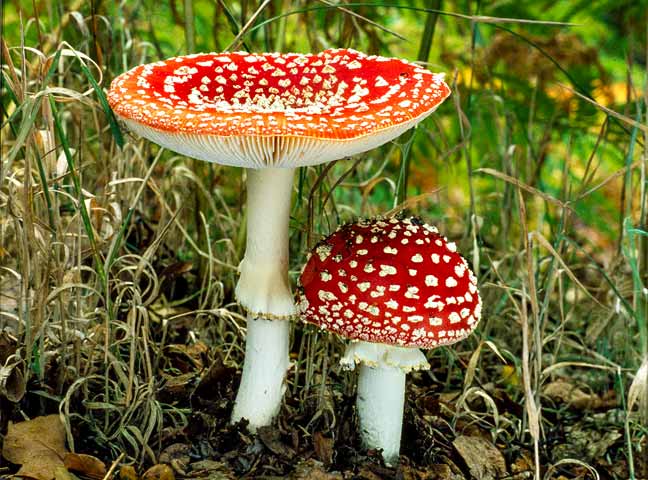