This pedestrian footpath links Tombland and Princes Street, and for most of its length follows the line of a Roman road which ran east to west across here and probably crossed another running north to south close by, several centuries before the area was first settled by the Saxons.

The alley is bounded on the south side by the church of St George Tombland, the burial ground of which it bisects. It is said that the level of the graveyard was raised to accommodate the remains of those who died during the several visitations of the plague which decimated the population of Norwich from the fourteenth to the seventeenth centuries. The church, which contains some splendid memorials and stained glass, is entered from Princes Street and is well worth a visit.

On its north side Tombland Alley is bounded by the timber framed Augustine Steward House, which dates from 1549 and possibly earlier. Augustine Steward (1491-1571) was a wealthy merchant, an MP and three times mayor of Norwich. At his invitation the house was used as headquarters for the Earl of Warwick's army during the suppression in 1549 of Kett's Rebellion, a revolt against the enclosure of common land by wealthy landowners, which left peasants with nowhere to graze their animals.

Legend has it that after its occupants had died from an outbreak of the plague in 1578 the house was boarded up with the bodies of the deceased still inside. One young girl had survived, however, but subsequently starved to death, unable to escape. Her ghost is said to haunt the house and the alleyway, her legs ‘fading away below the knees’.

More recently the building has housed an antiques centre and the offices of the organisers of the annual Norfolk and Norwich Festival.

Contrary to what one might expect, the name Tombland has nothing to do with graves or tombs. It means an open or empty space. From the late Saxon period Tombland was the site of the market place until the latter was moved to its current location following the Norman conquest. 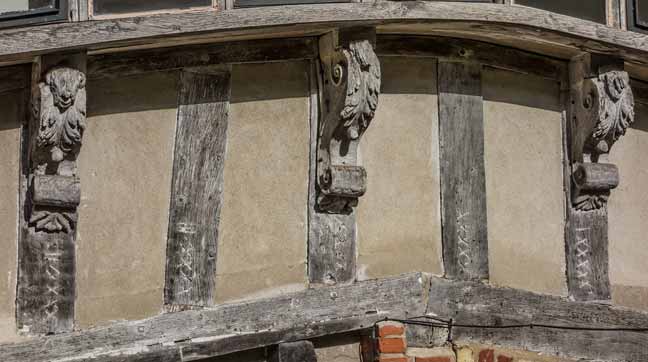 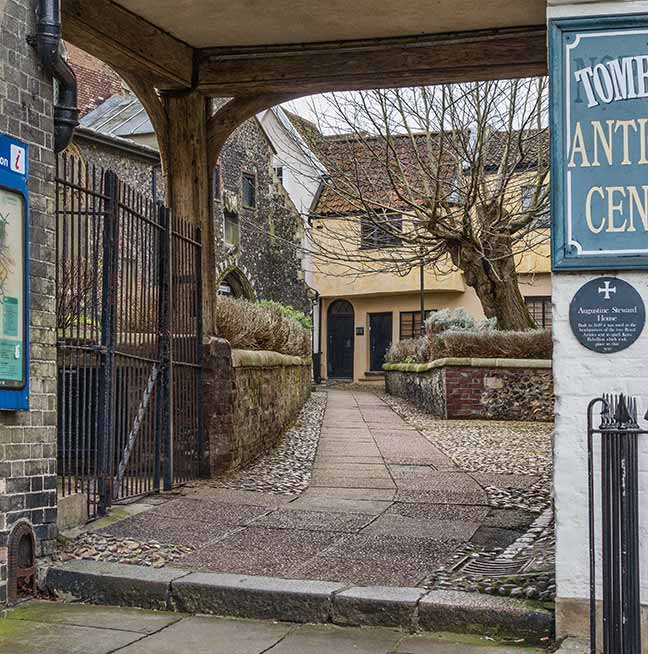