Nobody who visits Surrey House for the first time can possibly be prepared for the surprise that awaits them. The exterior is Palladian in style and is itself impressive enough, yet offers no indication of the architectural extravaganza to be found within.

Walking in through the entrance hall, with its domed ceiling and marble columns, one gets a first hint of the breathtaking spectacle to come. Six steps lead up to the lofty and spacious Marble Hall, so named for reasons which are immediately obvious. Every surface of the walls and floor is faced with marble, fifteen different types of which in various colours were brought in, mainly from Italy and Greece. Two teams of Italian stonemasons were employed to carry out the work. The effect is totally stunning.

A colonnade of forty columns of solid marble supports a first floor balcony which runs around all four sides of the hall. The ceiling has a central dome, partly glazed and eleven metres in diameter. Standing at the centre of the hall is an ‘air fountain’, an early form of air conditioning and very ingenious for its time. Cool air in the summer and warm air in the winter are blown upwards and deflected sideways in all directions by the underside of a bronze pendant which hangs from the centre of the ceiling dome. Access to the first floor is by the spectacular main staircase tucked away in one corner of the hall. A beautiful stained glass window overlooks a half landing, and the stairwell is topped by an exquisitely painted ceiling.

Surrey House is a Grade 1 listed building and is the historic home of the Norwich Union Life Insurance Society, now known as Aviva*. Construction commenced in 1900 on the site of an earlier house owned by Henry Howard, Earl of Surrey (1517-1547). The foundation stone was laid by J J Dawson-Paul, Lord Mayor of Norwich, in November 1901 and the new building was officially opened for business in June 1906, although work continued until 1912. The architect was George Skipper, whose previous works include the Royal Arcade. He was commissioned by the Society's directors to produce a ‘splendid but functional office space’.

The Marble Hall was not a feature of Skipper's original plans, however, and came about by an odd quirk of fate. In 1895 construction had commenced of Westminster Cathedral, the interior of which is also lavishly decorated with marble. By the time Surrey House was being built the Cathedral was nearing completion but the costs were running over budget. Canon law decrees that a church must not be consecrated until it is free of debt, so cuts had to be made. Skipper heard that a consignment of marble originally destined for the Cathedral was being offered for sale at a substantial discount and he persuaded the board of Norwich Union to purchase it and changed his plans accordingly. The rest is history and the result is here for us to enjoy today.

Surrey House is one of the Norwich 12, a collection of twelve of the most iconic buildings in Norwich, with architectural styles spanning the Norman, medieval, Georgian, Victorian and modern eras.

Surrey House is a working building. Visitors are usually able to look around the reception area of the Marble Hall during office hours. Tours may be made by prior arrangement. 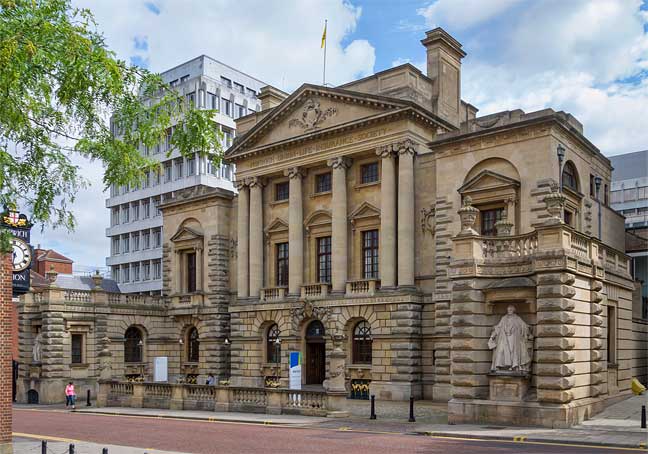 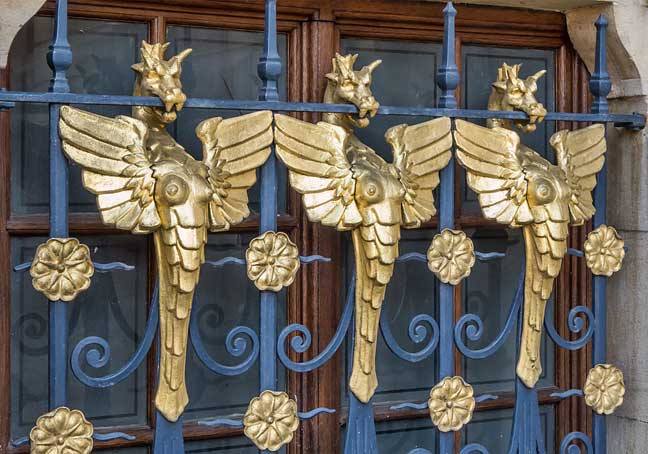