There has been a house on the site of Strangers' Hall since the early fourteenth century. The early building, of which only the undercroft remains, was probably built for a wealthy merchant, Ralph de Middleton, and stood well back from the street and at right-angles to it. In c.1450 another merchant, William Barley, rebuilt the house, turning the upper storey through ninety degrees so that it ran parallel to the street as it does today.

The present entrance door, porch and steps were added in the 1530s by a subsequent owner, Nicholas Sotherton, a wealthy grocer and Mayor of Norwich in 1539, and his wife, Agnes.

Their first-born son, Thomas, was to become the Member of Parliament for Norwich from and Mayor in 1565. It was during this year that the city authorities invited thirty Flemish master weavers and their households, consisting of close family members and servants, about 300 persons in all, to Norwich to boost the textile industry in the city. They were well received and were quickly followed by more, many of whom were Protestants eager to escape religious persecution in the Low Countries at a time when the Netherlands was under Spanish rule and Philip II was brutally enforcing Catholicism on its citizens. The influx in Norwich was so great that by the 1580s the immigrants, or ‘Strangers’, made up about one third of the city's population. Thomas Sotherton would have accommodated some of the early newcomers as tenants in his house, and it is from this connection that the house was later to become known as Strangers' Hall.

Two subsequent owners, Francis Cock, a grocer, and Sir Joseph Paine, a hosier, both of whom were also Mayors of Norwich, made additions to the house in the seventeenth century, but since then the building has remained largely unchanged. In 1797 it was bought by priests from the nearby Catholic Chapel of St John the Baptist, which stood to the rear of the building and was later converted into the Maddermarket Theatre. Some eighty years later the house was standing empty and almost derelict and passed into the hands of a property speculator who planned to pull it down for redevelopment. It was subsequently purchased by local solicitor and avid antiques collector, Leonard Bolingbroke, who was also treasurer of the Norfolk Archaeological Society. He saved the house from demolition and furnished it with his own collection of antiques, and in 1890 he opened it to the public as a folk museum. In 1922 he presented the building and its contents to the City of Norwich.

In 1974 the museum was incorporated into the Norfolk Museums Service, under whose auspices it has continued to expand its collection. Today it houses one of the largest domestic life collections in the country with exhibits and displays to appeal to visitors of all ages. 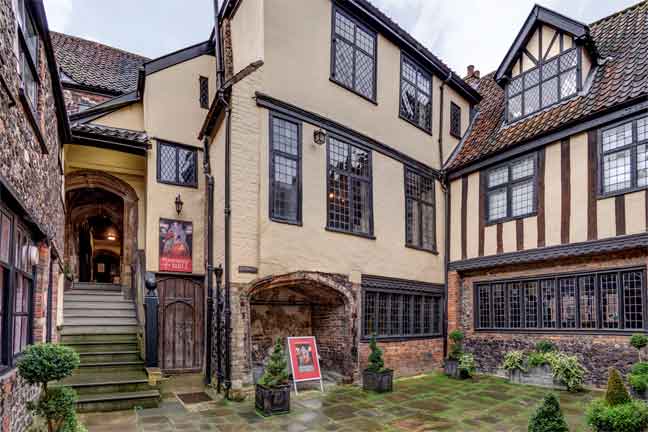 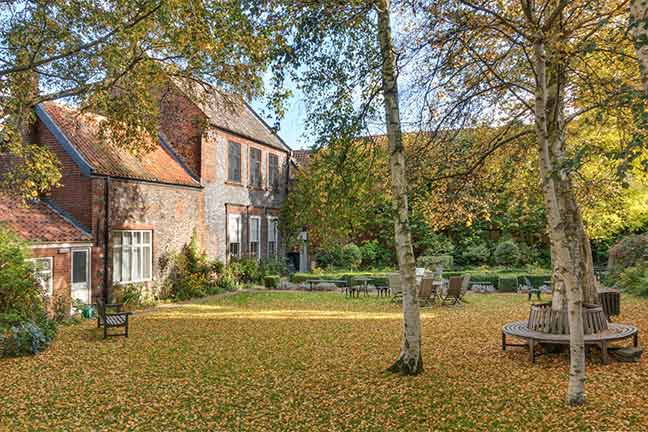