The church of St George Tombland must surely be one of the loveliest in Norwich. The original church, of which nothing remains visible above ground, was probably built in c.1100, about the time the Normans were building Norwich Cathedral and were moving the market place from its Anglo-Saxon location at Tombland to its present position.

A new church was constructed on the site in the thirteenth century, with just a nave, chancel and tower. The entrance at that time was on the north side from Tombland Alley, which bisects the church's medieval burial ground.

The aisles and porches were added in the mid-fifteenth century, starting with the north porch and north aisle. The tower was rebuilt around this time. Some forty years later the south aisle and the south porch were built. In the sixteenth century clerestories were added to both the nave and the chancel. Major restoration work took place in the late nineteenth century, including the renewal of the nave and chancel roofs and a rearrangement of the interior to suit a more ceremonial style of worship.

St George's has an abundance of fine stained glass and monuments. Of the latter the oldest still surviving, dated 1609, is the monument to John Symonds and his wife Olive. John was a merchant tailor and became Sheriff of Norwich in 1603. The inscription beneath the monument states that in his will he bequeathed ‘unto ye pore of this parish two shillings a week to continue for ever’. This would have been distributed, usually in the form of bread, from the dole table below the monument.

Another important monument in the church, now almost hidden by the Victorian organ, is the one to Thomas Anguish and his wife Elizabeth, by the eminent sculptor and mason Nicholas Stone. Anguish, who died in 1617, was a prosperous grocer and was elected Mayor of Norwich in 1611. He founded by bequest the Norwich School for Poor Boys, to be housed in his property in Fishergate. The charity still exists as Anguish's Educational Foundation, which helps young people living in Norwich and its surrounding area with the costs of their education. The monument is in a style traditional to its period, and shows husband and wife in the centre, kneeling and facing each other in prayer with their children behind them, girls to the right and boys to the left. The monument reveals that of their twelve children, three girls and nine boys, only five outlived their parents, the others being depicted either as carrying or laying on skulls, indicating they predeceased their parents.

It is said that it was from the tower of St George's that flaming arrows were fired across Tombland and into the precincts of Norwich Cathedral during the riots of 1272, in which the cathedral bell tower and much of the cloister were destroyed by fire.

The church is also home to Snap the dragon, part of a Norwich tradition going back to the fourteenth century and started by the Guild of St George. Each year, on St George's Day, the Guild held a procession which would be led by Snap, breathing out smoke and flapping his wings. Later the procession was merged with one celebrating the election each year of a new mayor, a tradition which survived until the mid-nineteenth century. It was revived in 1997 as part of the Lord Mayor's celebrations, usually held around the first weekend in July and during which Snap leaves the church and again plays his part. 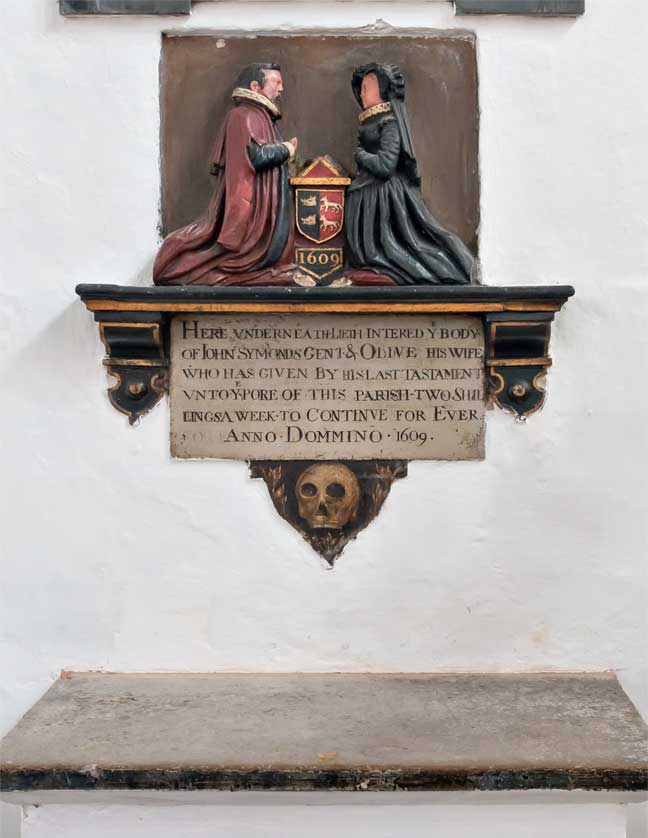 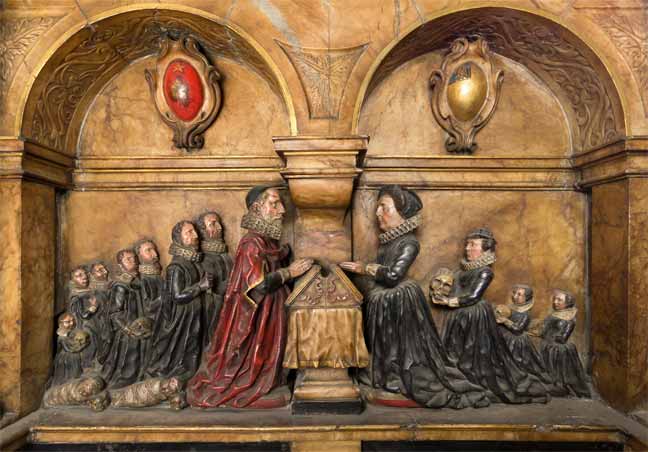 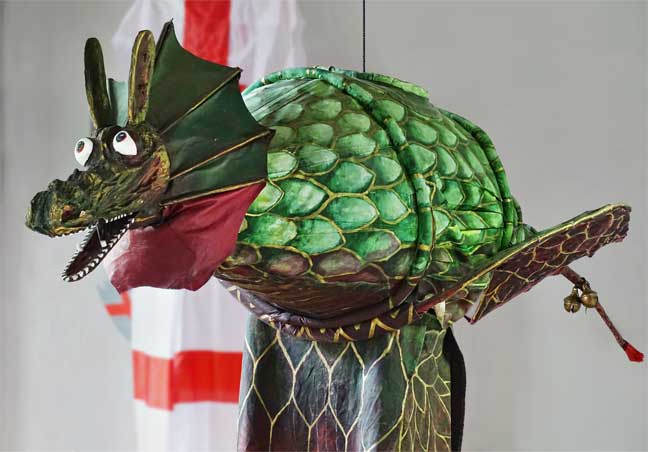