Designed by local architect George Skipper in the Arts and Crafts style popular at the end of the nineteenth century, the Royal Arcade was built on the site of an old coaching inn and was unveiled on the 25th May 1899. On the next day the Eastern Daily Press newspaper reported that ‘The general view of it is pleasing in the extreme, and there can be no doubt it will prove a permanent attraction to visitors, no less than to the townsfolk’.

Viewed from Gentleman's Walk the Arcade's façade is unremarkable and offers little hint of the architectural extravaganza to be found within. The single storey entrance opens up almost immediately into the arcade itself, two storeys in height, 247 feet (75 metres) in length and tiled throughout in pastel shades of greens and creams. With its fully glazed roof supported by slim timber arches the whole interior is light and airy.

The shop fronts are all to an almost identical design and are lightly framed in a rich mahogany or similarly coloured wood. They project slightly forwards into the arcade, with large bowed windows and are quite exquisite. Above each and elsewhere in the arcade are panels of decorative coloured tiles depicting peacocks and flowers, manufactured by Doulton and designed by the ceramic sculptor W J Neatby, perhaps best known for the tiles in Harrods food hall in London.

The hanging lanterns and flooring are new, dating from the extensive restoration of the Arcade in the late 1980s.

At the far end of the Arcade, and over the entrance from that end, is a large semicircular window, glazed with a mosaic in stained glass depicting trees and birds. On leaving the Arcade here and looking back one is confronted by a most spectacular façade, which extends to the properties to either side, with more tiles and the aforementioned window, all topped by an angel with wings reaching to the sky.

Just inside the arcade from the Gentleman's Walk entrance is Langleys toy shop, which has had a presence in the arcade, though originally as Galpins, ever since the arcade opened in 1899.

In medieval times the importance of Norwich as a provincial centre had been assured, in large part due to the prosperity brought by the textile trade in and around the city. The road at the lower end of the marketplace was then known as Nether Row and was a natural location for the fine houses and coaching inns which were built as a result of this trade. By Georgian times the city had become a fashionable shopping destination, and there were at least four such inns, together with shops selling luxury goods, along this side of the market, which by now had been renamed as Gentleman's Walk. The inns had long yards to the rear, leading to a street aptly named as Back of the Inns, with stables to accommodate the changes of horses for the stagecoaches. The largest of the inns was the Angel, possibly dating back to the fifteenth century or even earlier. The Angel was not only a coaching inn but also served as a venue for public meetings, the local headquarters of the Whig party, and a place of lively entertainment.

In 1840 the Angel was sold, renamed the Royal Hotel in celebration of the marriage of Queen Victoria to Prince Albert, and refurbished ‘with every convenience for the reception of families and commercial gentlemen’. By this time the era of travel by stagecoach was almost at an end. The arrival of the railways had reduced the travel time between Norwich and London from fourteen hours to only a fraction of that, and in early 1846 the Norfolk Chronicle announced that ‘All the coaches between Norwich and London have ceased to run’. In that same year a new frontage was built to the Royal, and the hotel remained in business there until 1897, when it moved to newly built premises at Bank Plain, closer to the main railway station. It was on the site of the old hotel and its yard that the Royal Arcade was opened just two years later. The hotel's frontage was retained and still serves as the entrance to the arcade from Gentleman's Walk. 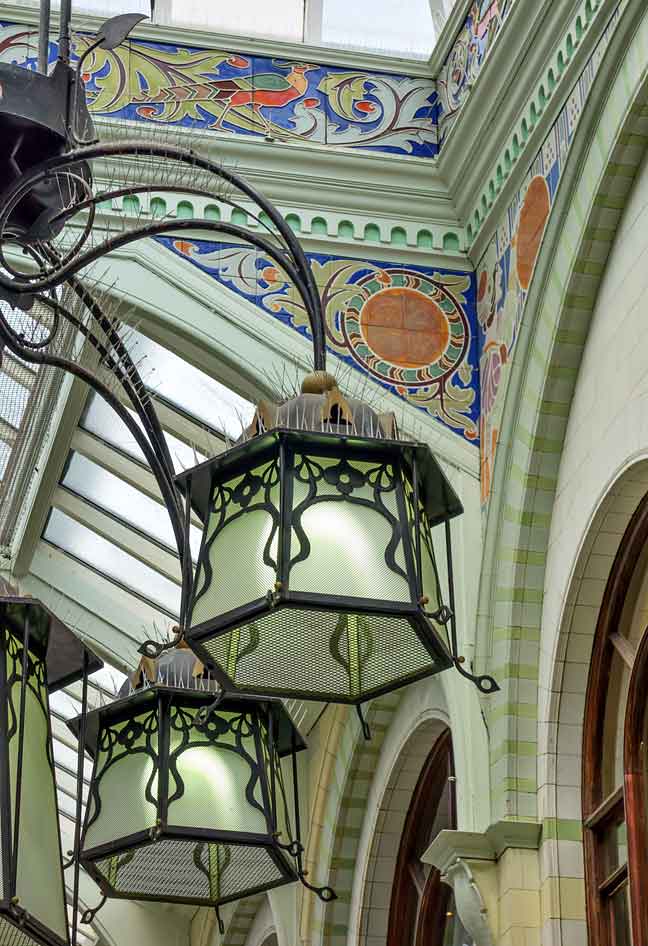 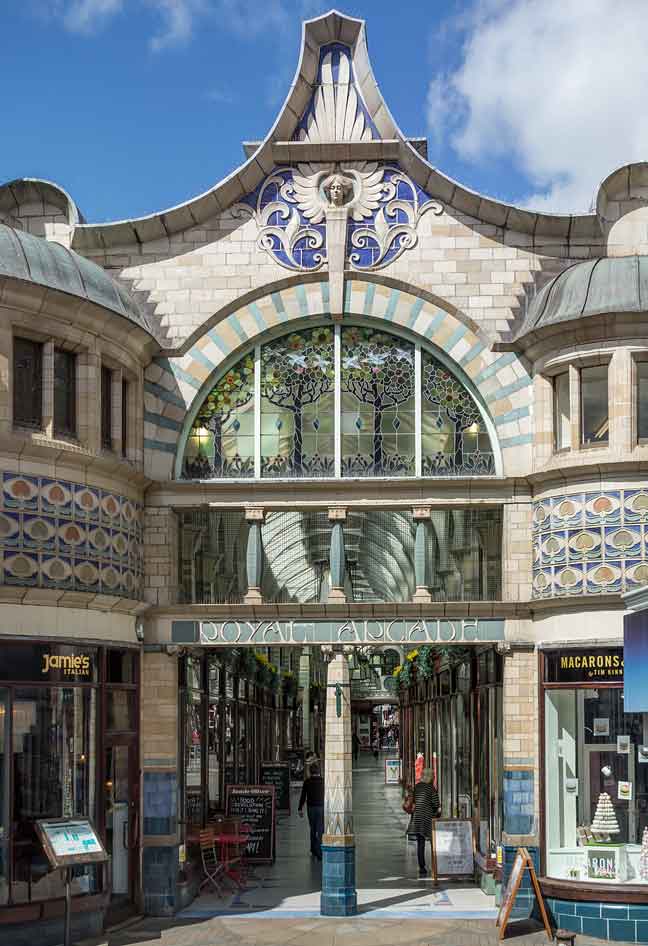