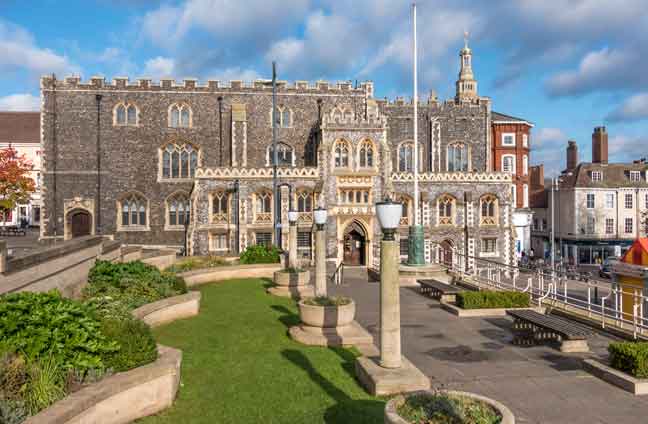 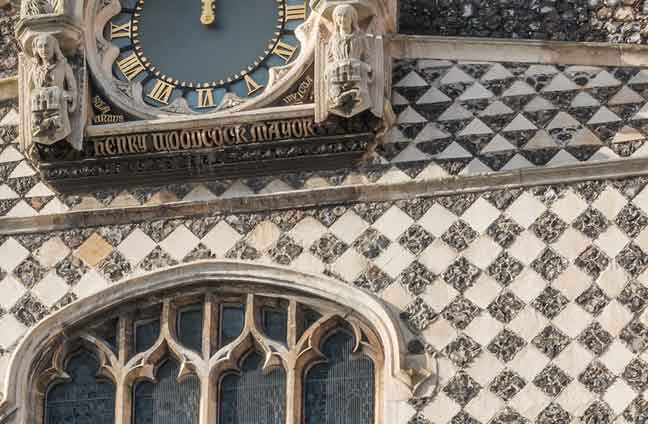 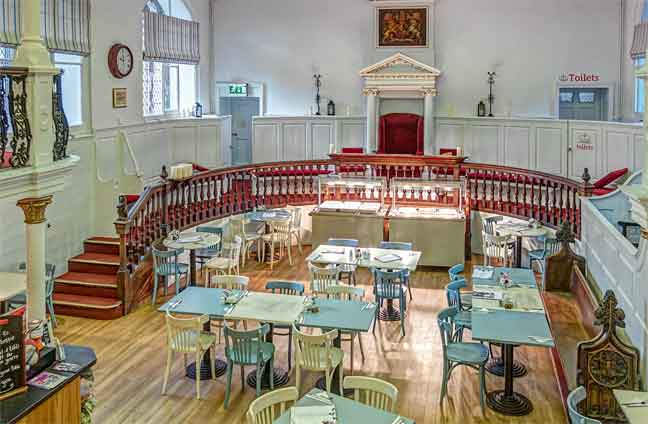 In 1404 Henry IV endowed the City of Norwich, then the second largest city in England, with a civic charter proclaiming it to be a county in its own right, thus giving it greater autonomy from the county of Norfolk and empowering its citizens with the right to elect a mayor and two sheriffs annually *¹.

At the time Norwich market had already been at its current location for over 300 years, having been moved there from its earlier Saxon location shortly after the Norman Conquest. Immediately adjacent to the market place on its northern side stood a small thatched toll house, itself probably dating from Norman times and used not only for collecting tolls from the market traders, but also as a venue for the meetings of the city authorities and, in its undercroft, as a small gaol. With the growth of the city over the preceding centuries the building had already become too small for civic meetings, and larger assemblies were often held in the nearby Chapel in the Fields *².

With the granting of the charter it became clear that much larger premises would be needed to house all the additional administrative functions which the city's new status would require. These would include accommodation for council meetings with over 100 attendees, a number of courts which sat regularly, and a gaol to hold prisoners awaiting trial. A period of consultation ensued, and construction of a new Guildhall began in 1407 on the site of the old toll house. Only the skilled craftsmen – master masons and carpenters – were paid for their work. Labourers were pressed into service for no financial remuneration, as was common practice at the time, with work often continuing from dawn to dusk. By 1412 the roof was on, and the building was ready for use, although elements of further construction were to continue for several more years.

Built to a scale thought to have been inspired by the grand municipal halls of cities in the Low Countries, with which Norwich had connections through its thriving textile trade, the resulting Guildhall was the largest municipal building in England outside London. On the first floor were the two main halls, used for council meetings and as courts of justice. The largest of these, occupying the westernmost two thirds of the floor, was the Assembly Chamber, also known as the Sheriffs' Court and as the Sword Room (probably because the city's armoury was housed in the loft immediately above). This hall was sufficiently large to hold meetings of the full city council. To the east was the Council Chamber, or Mayor's Court, used for the smaller meetings attended by the city aldermen and as a courtroom. Also at the east end was a small chapel. On the ground floor there was a large hall used as a ‘free prison’, so called because the occupants were confined free of chains. The crypts, which included the undercroft of the old toll house, contained cells to hold the more dangerous offenders.

In Georgian times the free prison was converted to become a further courtroom, known as The Court of Record, when the County Assizes were moved to the Guildhall following a fire in the old shire hall adjacent to Norwich Castle.

The Guildhall remained the seat of government in Norwich until 1938, when the newly built City Hall was opened. To this day, however, the office of the Sheriff of Norwich is still located in what was originally the Guildhall's chapel.

*2. The Chapel and Hospice of St Mary in the Fields, which dated from the thirteenth century and was located at what is now Chapelfield Gardens, was demolished following the Dissolution of the Monasteries during the reign of Henry VIII.

Above right: A chequerboard pattern in flint and freestone, on the east face of the building.

Left: The Court of Record, pictured when it was home to the Guildhall Britannia café, which has now ceased trading.