Founded in 1249 to care for the elderly, poor and needy of Norwich, the Great Hospital is now a sheltered housing and care village, much loved by its residents. With over 760 years of continuous service to the community it is the only surviving medieval hospital in the country to have so much of its architecture and all of its written records still intact.

The Great Hospital was built by Walter de Suffield, Bishop of Norwich, on an area of marshy land lying just outside the precincts of Norwich Cathedral and bounded to the north-east by a bend in the river Wensum and to the south-west by the medieval Holme Street, now known as Bishopgate but then a main route across the river and into Norwich dating back to Roman times. The bishop dedicated his hospital to St Giles, the patron saint of the disabled, beggars and lepers, and for the first three hundred years or so it was known as the Hospital of St Giles.

The hospital's foundation charter, drafted by de Suffield himself, specified that the main beneficiaries of his charity were to be unbeneficed priests, elderly paupers and poor scholars. At that time priests remained unmarried and thus would have no family to look after them in their final years. At least thirty beds were to be provided for the elderly lay sick and poor, and thirteen paupers were to be fed at the gates each day. Seven bright but poor scholars selected on merit from the local song schools were to be given a good meal each day during term time until they had achieved a knowledge of Latin sufficient to prepare them as choristers or for a future calling in the priesthood.

The good bishop's motives in founding the hospital would not have been entirely altruistic, however. At the time the Catholic Church taught that such charitable deeds by the wealthy in this life would ease their passage through Purgatory in the next, and de Suffield's charter included instructions that ‘there be in this hospital in perpetuity a master to take care of the same hospital ... and this we enjoin him for the remission of our sins’. Prayers would have been offered and masses sung on a regular basis for the benefit of his soul.

Just across Holme Street from the site of the new hospital, and within the Cathedral precincts, stood the church of St Helen's, on land which is now part of the Norwich School playing fields. In 1270 the church was granted to the hospital and demolished so that a new parish church could be built within the hospital grounds, and this, together with the building of a bell tower adjacent to the infirmary, was completed by the end of the fourteenth century. The ceiling of the chancel was painted with 252 black eagles to commemorate the visit in 1383 of Richard II and his first wife, Anne of Bohemia, whose personal motif was the imperial eagle. By the mid-fifteenth century a cloister, said to be the smallest in the country, had been added adjacent to the nave of the new St Helen's.

From the outset the citizens of Norwich were generous to the hospital, and over the years numerous gifts of land and financial grants were received to supplement its income. Many of these came with the expectation that the gift would pay for chantry priests to pray for the donor's soul, and gradually the care of the sick and poor became secondary to the care of the souls of its benefactors. From their beds in the infirmary those being cared for could see or hear the proceedings in the chantry through the archway into the church, and they were expected to also offer their prayers – at the time the prayers of those in their final years were deemed to be especially powerful.

By the time of the Reformation the focus of the hospital's function had changed such that the number of chantry priests had more than doubled while the number of poor or sick residents had dwindled to less than ten. The hospital avoided the dissolution of the monasteries, but on the death of Henry VIII it was surrendered to his son, Edward VI, who subsequently passed its guardianship to the city corporation. From then on the religious functions of the hospital were suppressed, allowing it to return to its original raison d'être of caring for the elderly sick and poor, and for the first time it provided medical care to its residents. The infirmary and the chancel of St Helen's church were walled off from the nave to create segregated wards for men and women, reducing the church to about one third of its original size.

By the end of the 1600s almost one hundred residents were cared for at ‘God's House’, as the hospital had by then become known, and bequests continued to be attracted well into the eighteenth century. Many of these came with specific instructions, such as that of alderman John Spurrel, whose bequest of £4 per annum included the provision of a pint of strong beer for each resident on the first day of August.

In 1751 the hospital appointed Thomas Ivory as ‘carpenter’ – at that time an alternative term for an architect – and subsequently leased him a plot of land to the west of the hospital on the condition that he build himself a house on it. The resulting mansion was completed in 1756 and Ivory lived in it until his death in 1779. Other buildings in and around Norwich designed by Ivory include the Assembly House, the Octagon Chapel and the Georgian alterations at Blickling Hall. His house at the Great Hospital is now known as St Helen's House and provides flats for residents and an elegant function suite available for hire.

Today the Great Hospital is governed by a board of trustees and provides the highest quality of care and support to its residents. On-site facilities include a corner shop, a hairdressing salon, a restaurant and a well-equipped laundry. The grounds and gardens are beautifully maintained and include an outdoor bowling green. Short mat bowling is also available, together with darts and table tennis, in the sports hall on the upper floor of what was originally the infirmary. Activities including card evenings, lectures, keep-fit classes, dancing, bingo and excursions feature regularly in the social life of the residents.

The Great Hospital is one of the Norwich 12, a collection of twelve of the most iconic buildings in Norwich, with architectural styles spanning the Norman, medieval, Georgian, Victorian and modern eras. 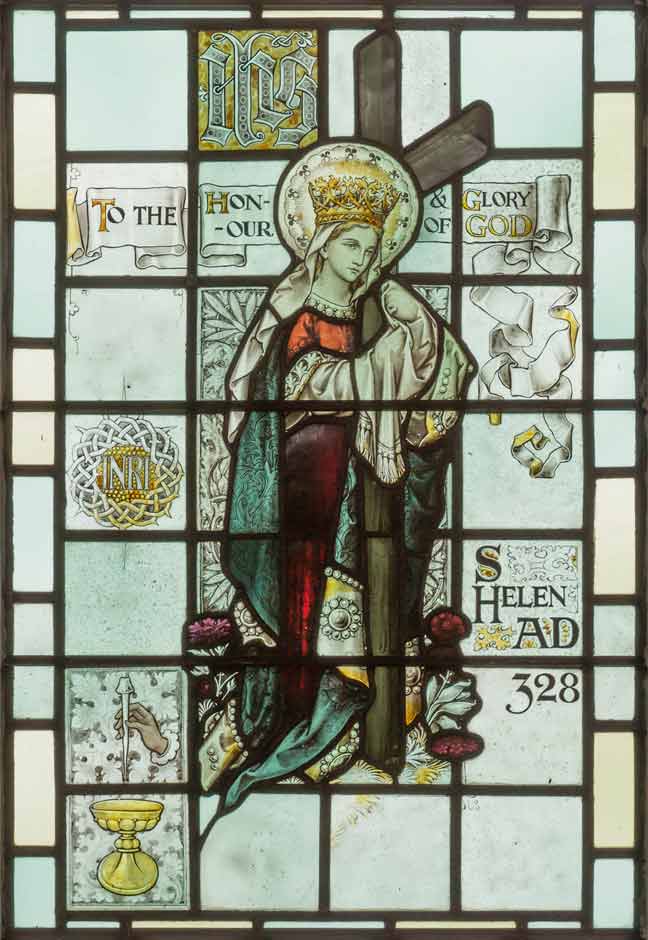 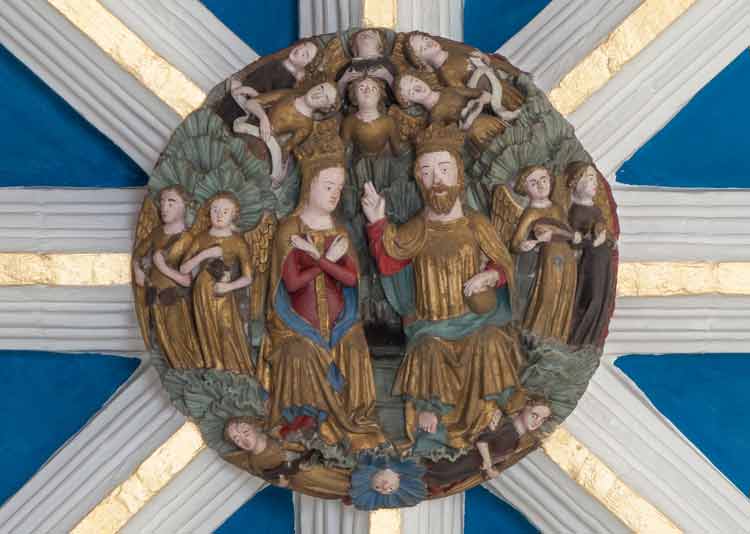 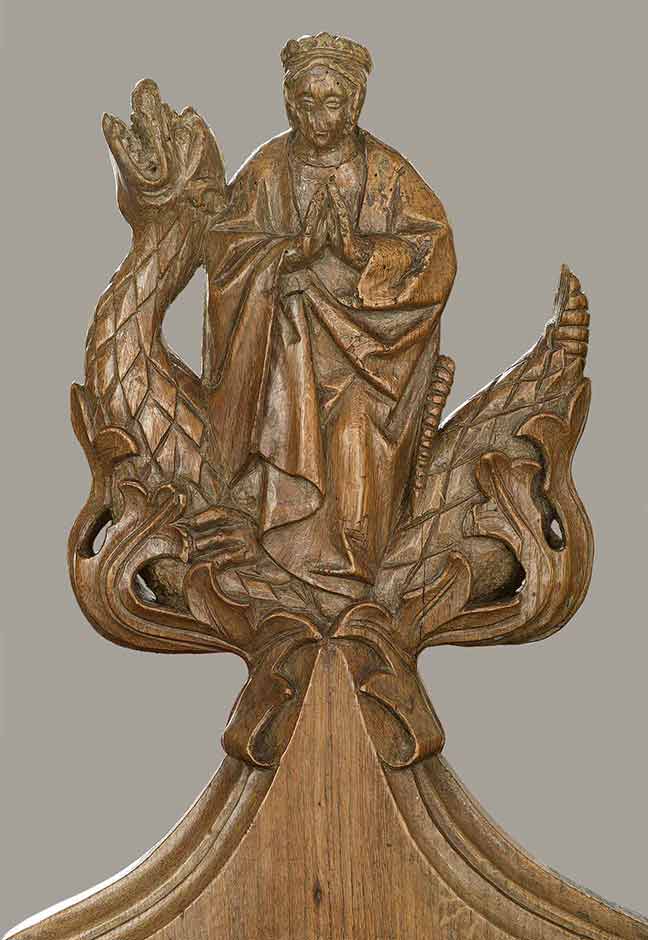 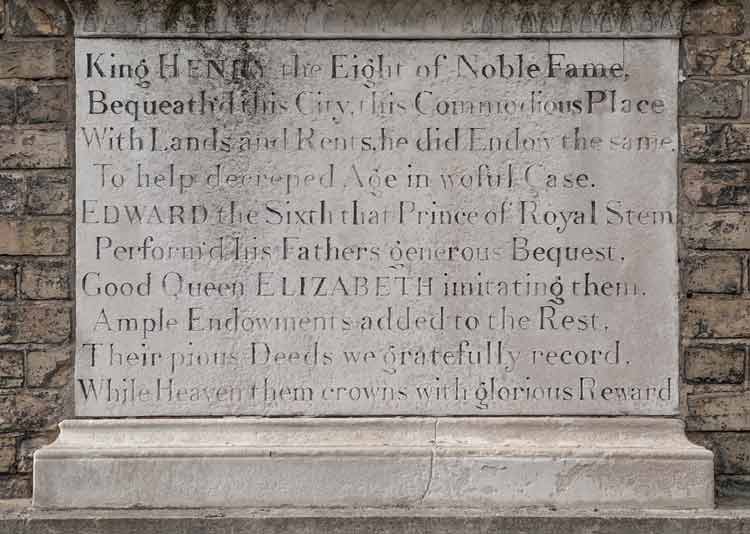