In the early fourteenth century, at a time when Norwich was one of the richest cities in England, a wealthy merchant, Geoffrey de Salle, built a house on a site just to the rear of where St Andrew's church now stands.

Today the house, which has changed greatly over the years, is one of just eighteen late medieval secular buildings to have survived in the city. Little of the original building remains, however, save for a very fine square-knapped flint wall on the north side, a stone arch and a suite of undercrofts, or vaulted cellars, which are the largest of around sixty surviving undercrofts in the city.

In 1386 the original house was considerably enlarged by another wealthy merchant, William Appleyard, who in 1403 became the first mayor of Norwich. In 1583 the then owner of the house sold it to the city corporation, at a time when the city had a problem with large numbers of vagrants, unemployed and poor who relied on charity in order to survive. In 1585 part of the house was converted into a Bridewell, a place to keep and staye ydle persons to somme honest woorke and labor – a jail in fact – to house these people. The men were set to work grinding malt or cutting wood and the women and girls were trained for domestic service or as workers in the textile trade, which was flourishing in the city.

In 1751 a large part of the building was consumed by fire. A new jail was built on the site and remained in use until 1828, when the inmates were transferred to a purpose-built prison in St Giles, on a site now occupied by the Roman Catholic Cathedral. The Bridewell was sold and became first a tobacco and snuff factory, then a leather warehouse and, from 1896 until 1923, a shoe factory. Subsequently it was again sold and its new owner, Henry Holmes, himself a shoe manufacturer, together with other city dignitaries remodelled the Bridewell and gave it to the city as a museum of local crafts and industries.

Today the building is home to the Museum of Norwich at the Bridewell, and through ten display rooms over two floors tells the history of Norwich, its people and its industries from medieval times to the present day. Many of the displays are ‘hands-on’ and interactive, and appeal to adults and children alike.

For opening times and further information please click here to visit the official website of the Museum of Norwich. 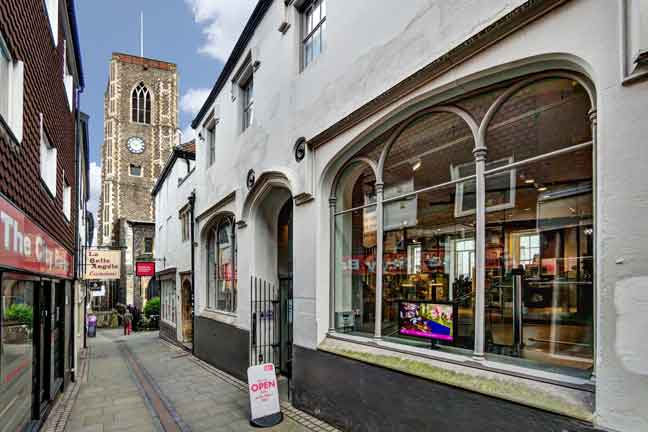 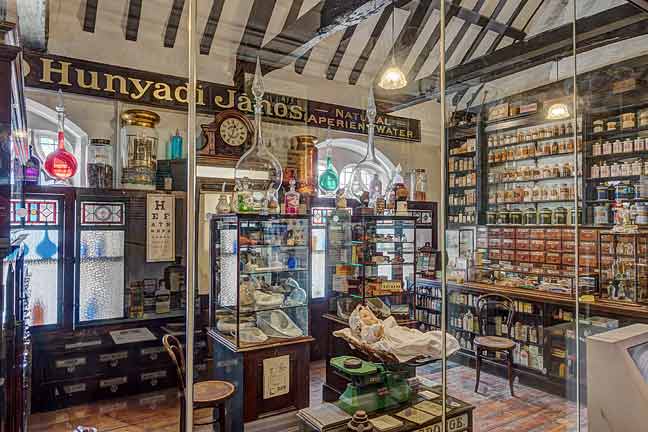 The Pharmacy, one of the main display galleries in the Museum of Norwich.