Home > Around and About > Aviation Museum

The City of Norwich Aviation Museum is situated at the northern edge of the former RAF Horsham St Faith airfield, which opened in 1940 and was operational during the Second World War as a fighter and bomber base. It remained in use until its closure in 1963, following which it was redeveloped as Norwich International Airport.

The Museum was started in the late 1970s by aviation enthusiasts who were employees of the Eastern Counties Omnibus Company. It is now a charitable trust run by a team of dedicated volunteers committed to the recording and preservation of the aviation history of Norfolk.

The outdoor exhibits include a number of vintage commercial and military aircraft. The largest of these, the Avro Vulcan and the Hawker Siddeley Nimrod, are open for guided tours when staffing levels allow. The photograph, above, shows the cockpit of the Nimrod.

Indoor exhibits include sections dedicated to the history of the RAF in Norfolk and to that of the United States Army Air Force, units of which were based at various airfields in Norfolk during the Second World War.

A cafeteria serving hot and cold drinks, crisps, sweets and ice cream is open most days.

Please note there is no direct access to the Museum from Norwich Airport. From the airport head north on the A140 towards Cromer. At the double roundabouts and bridge over the A1270 Broadland Northway stay on the A140 and after approximately 0.6 miles turn right towards the village of Horsham St Faith and follow the brown signs marked 'Aviation Museum'. GPS coordinates: 52.680308, 1.276958. 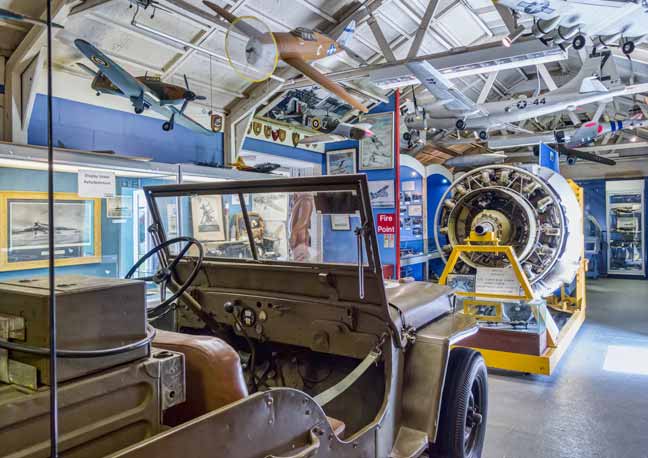 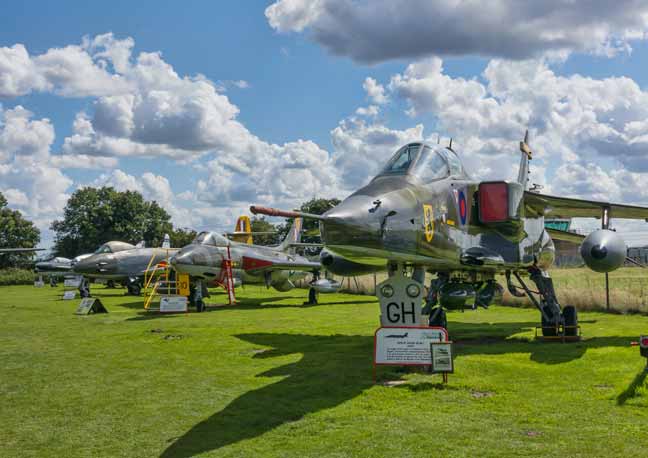